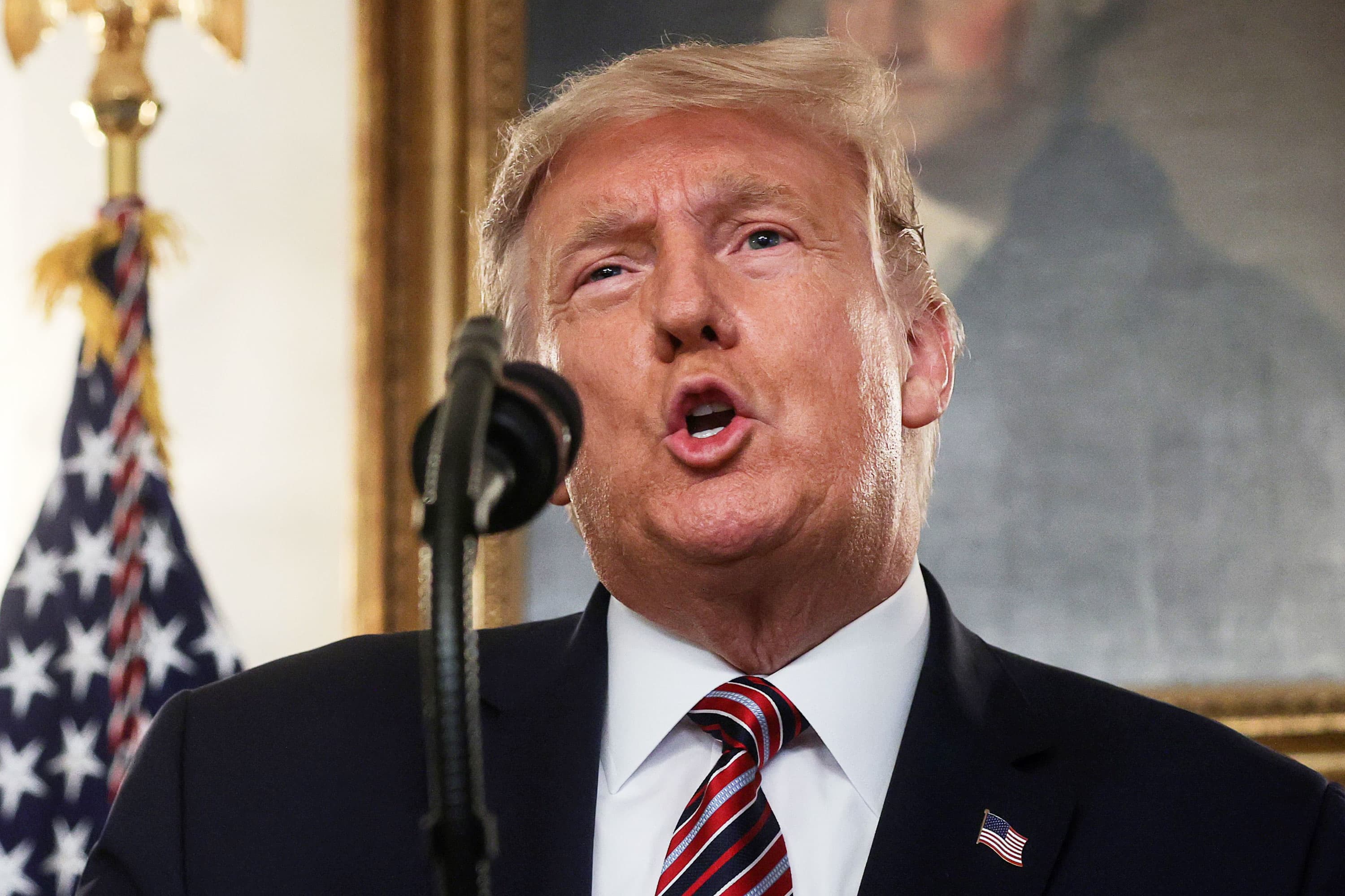 President Donald Trump on Tuesday denied that he had downplayed the threat of the coronavirus, claiming he “up-played” the danger of the disease through his actions – despite privately admitting months earlier that “I wanted to always play it down.”

Trump, speaking at an ABC News town hall event with voters in Philadelphia, also said he didn’t regret anything about his response to the pandemic. He repeated his refrain that the virus will “go away” even without an effective vaccine, saying that over time Americans will develop “a herd mentality.”

The president’s assertion that “in many ways I up-played it in terms of action” came less than a week after the release of audio from an interview with veteran journalist Bob Woodward, in which Trump said of the coronavirus: “I wanted to always play it down … I still like playing it down, because I don’t want to create a panic.”

That clip was recorded in mid-March, more than a month after Trump reportedly told Woodward that he understood the virus was “more deadly than even your strenuous flu.”

Trump’s advisors, Woodward reported in his new book “Rage,” had warned him in late January that the coronavirus “will be the biggest national security threat you face in your presidency.”

In the town hall event Tuesday evening, the president claimed that his moves early on in the Covid-19 crisis saved lives and demonstrated “action, not with the mouth but in actual fact.”

Trump was asked by a student, “If you believe it’s the president’s responsibility to protect America, why would you downplay a pandemic that is known to disproportionately harm low income families and minority communities?”

The president responded, “Yeah, well I didn’t downplay it. I actually, in many ways I up-played it in terms of action.”

The student appeared to reference the president’s recorded comments with Woodward as she began a follow-up question: “Did you not admit to it yourself, saying that you…”

But Trump cut her off. “What I did was, with China I put a ban on. With Europe I put a ban on. And we would’ve lost thousands of more people had I not put the ban on,” he said.

“So that was called action, not with the mouth but in actual fact, we did a very, very good job when we put that ban on. Whether you call it talent or luck, it was very important. So we saved a lot of lives when we did that.”

ABC’s George Stephanopoulos, who hosted the town hall, said, “There were holes in the ban, and the European ban didn’t come for another month.”

The president replied, “Well, they were Americans, I mean the holes in were if you have somebody in China that’s an American citizen, we had to let them in.”

Multiple fact-checks of Trump’s claim that he imposed a “ban” on China note that thousands of foreign nationals had continued to come into the U.S. in the months after the policy took effect in early February. The Associated Press in July noted that “more than 27,000 Americans returned from mainland China in the first month after the restrictions took effect.”

When pressed on the contradiction between his private statements and his public assurances about the pandemic, Trump compared himself to Winston Churchill, who led Britain during World War II – and appeared to reference the controversial “herd immunity” approach to fighting the virus.

“He said, ‘You’re going to be safe. Be calm, don’t panic.’ And you had bombers dropping bombs all over London,” Trump said of the former prime minister. “So I guess you could say that’s not so honest, but it’s still a great leader.”

“So do you think it’s OK to be dishonest?” Stephanopoulos asked.

Many public health experts, including White House coronavirus advisor Dr. Anthony Fauci, have warned that without a vaccine, herd immunity could only be achieved by accepting a dramatic rise in deaths from Covid-19.

Stephanopoulos later noted the devastating U.S. death toll from Covid-19 – nearly 195,000 –  and asked Trump if he has any regrets about his administration’s handling of the pandemic.

Weekly jobless claims counts are inaccurate and the unemployed are being underpaid, watchdog says

Trump says he has no regrets about Covid-19 response, claims he 'up-played' virus despite downplaying it

Clipper Logistics CEO: We’re ‘agile and able’ and the crisis has demonstrated our capabilities

Custodian REIT confident of its strengths in a low-return environment