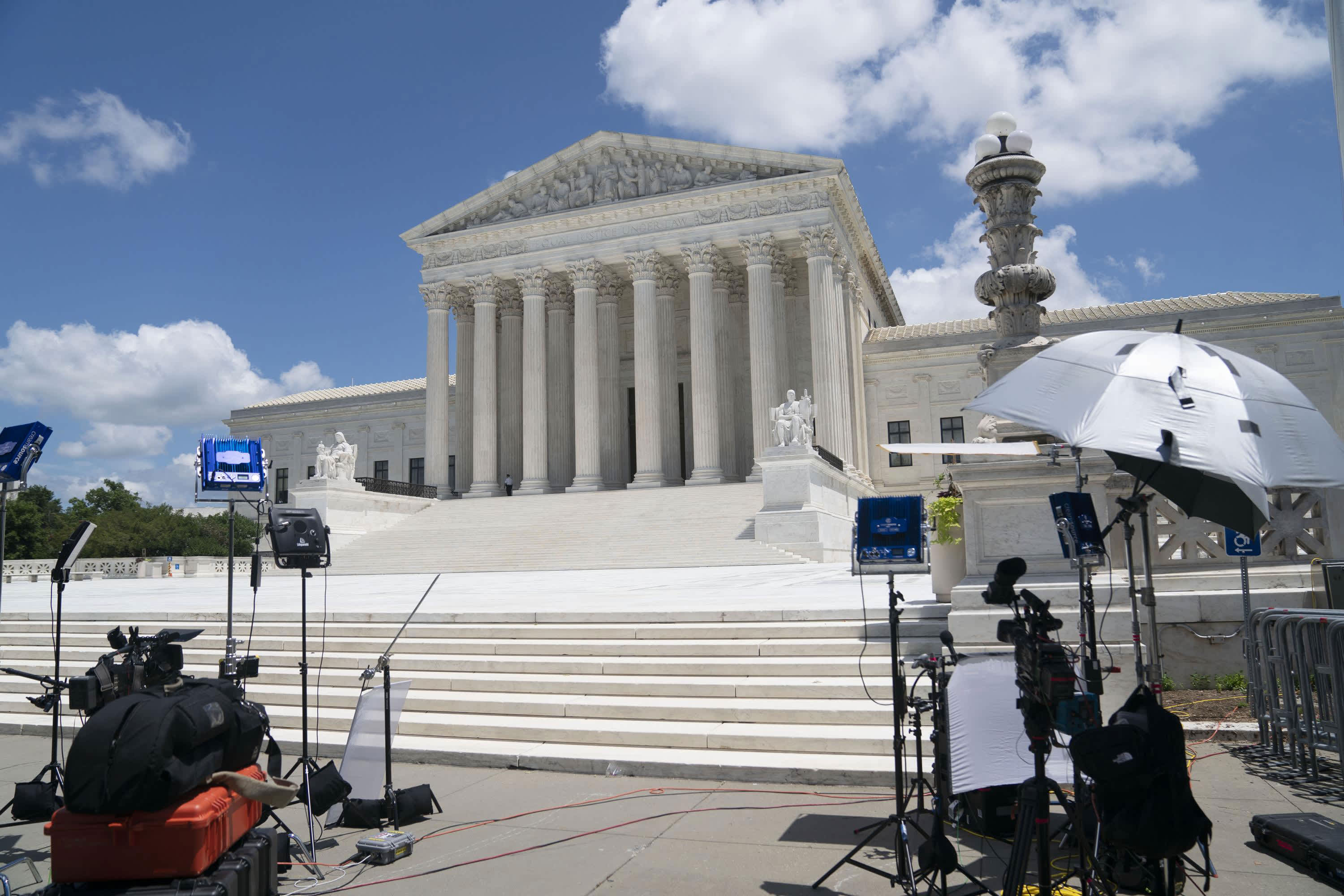 The Supreme Court on Thursday said it would not step in to block a Florida law requiring those with felony convictions to pay fines before they may vote, potentially blocking about three-quarters of a million otherwise eligible voters from the polls.

The decision was announced in an unsigned order. Justices Sonia Sotomayor, Ruth Bader Ginsburg and Elena Kagan dissented from the decision.

The move will prevent voters from registering for the state’s August primary and potentially the upcoming November presidential contest. Those prevented from voting are likely to be disproportionately Black and Democratic, a potential game changer in the swing state.

The majority did not provide a written explanation for its decision.

The case concerned a 2018 ballot initiative in which voters in the state ended the permanent disenfranchisement of felons who had completed “all terms of sentence including parole or probation.”

The legislature defined the phrase the following year to include fines, restitution and other fees. Gov. Ron DeSantis, a Republican, signed the bill in June 2019.

After civil rights groups challenged the legislature’s move, a federal judge blocked the law from going into effect, but that decision was halted by the 11th U.S. Circuit Court of Appeals, which is continuing to consider the matter.

The American Civil Liberties Union, the Southern Poverty Law Center and Campaign Legal Center asked the top court to reverse the 11th Circuit’s decision. The groups argued in court papers that most of the 750,000 potential voters could not afford what they owed and that many had no way of knowing how much they were required to pay.

In court papers, they urged the justices to block the law so that the August and November elections would not be “undermined by chaos and disenfranchisement.”

Attorneys for DeSantis argued that states were “under no obligation to reenfranchise felons at all.” They argued that “all Floridians will be irreparably harmed” if the court allowed “hundreds of thousands of ineligible voters to take part in the upcoming elections.”

Paul Smith, vice president of the Campaign Legal Center, said in a statement on Thursday that the Supreme Court’s order was “deeply disappointing.”

“Florida’s voters spoke loud and clear when nearly two-thirds of them supported rights restoration at the ballot box in 2018,” Smith said. “The Supreme Court stood by as the Eleventh Circuit prevented hundreds of thousands of otherwise eligible voters from participating in Florida’s primary election simply because they can’t afford to pay fines and fees.”

Julie Ebenstein, an attorney with the ACLU’s Voting Rights Project, noted that the 11th Circuit will hear the case on Aug. 18.

“We are hopeful that the appellate court will uphold the trial court’s decision, protecting the right to vote for hundreds of thousands of Floridians in time for the November election,” Ebenstein said.

Nancy Abudu, deputy legal director for the Southern Poverty Law Center, called the order an “unfortunate, but not insurmountable, setback in the ongoing struggle to achieve true democracy in our country.”

Congress will ‘probably’ have to pass another coronavirus stimulus bill, Mitch McConnell says

Venus is a Russian planet — say the Russians

A Hong Kong teenager’s death became a magnet for conspiracies, and exposed deep problems in how the city operates