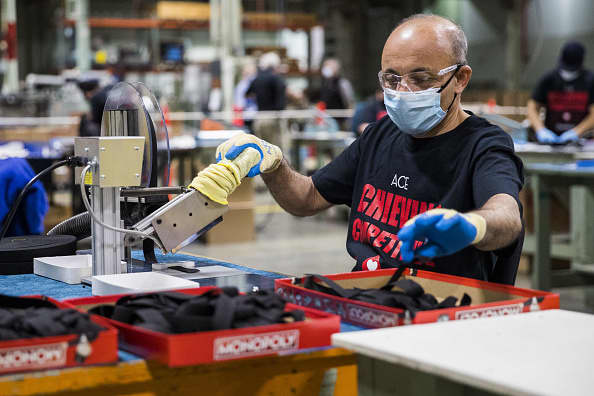 U.S. productivity fell at a 0.9% rate in the first three months of this year, a smaller decline than first estimated, while labor costs rose at a slightly faster pace.

The Labor Department reported Thursday that the first-quarter decline in productivity was smaller than the initial estimate a month ago of a 2.5% drop. Labor costs rose at a 5.1% rate, slightly faster than the 4.8% increase first reported.

Productivity, the amount of output per hour of work, has lagged over the past decade, a troubling development that economists have been unable to adequately explain. Productivity is the key to rising living standards, and the slow pace of growth in recent years has been a major reason that wage gains have lagged.

The revision to the productivity figures followed last week’s revised data on the performance of the gross domestic product, the economy’s total output of goods and services. The government said GDP fell at an annual rate of 5% in the first quarter, slightly worse than the 4.8% decline that was estimated a month ago.

‘The Covid-19 recession is over,’ says economist Zandi as May job losses not as bad as feared

'The Covid-19 recession is over,' says economist Zandi as May job losses not as bad as feared

The rise of the millennial investor

Merkel: You can’t fight the pandemic with lies

Bodycote declares dividend as it cuts more than 1,000 staff

Firefinch celebrates first gold under its ownership of Morila