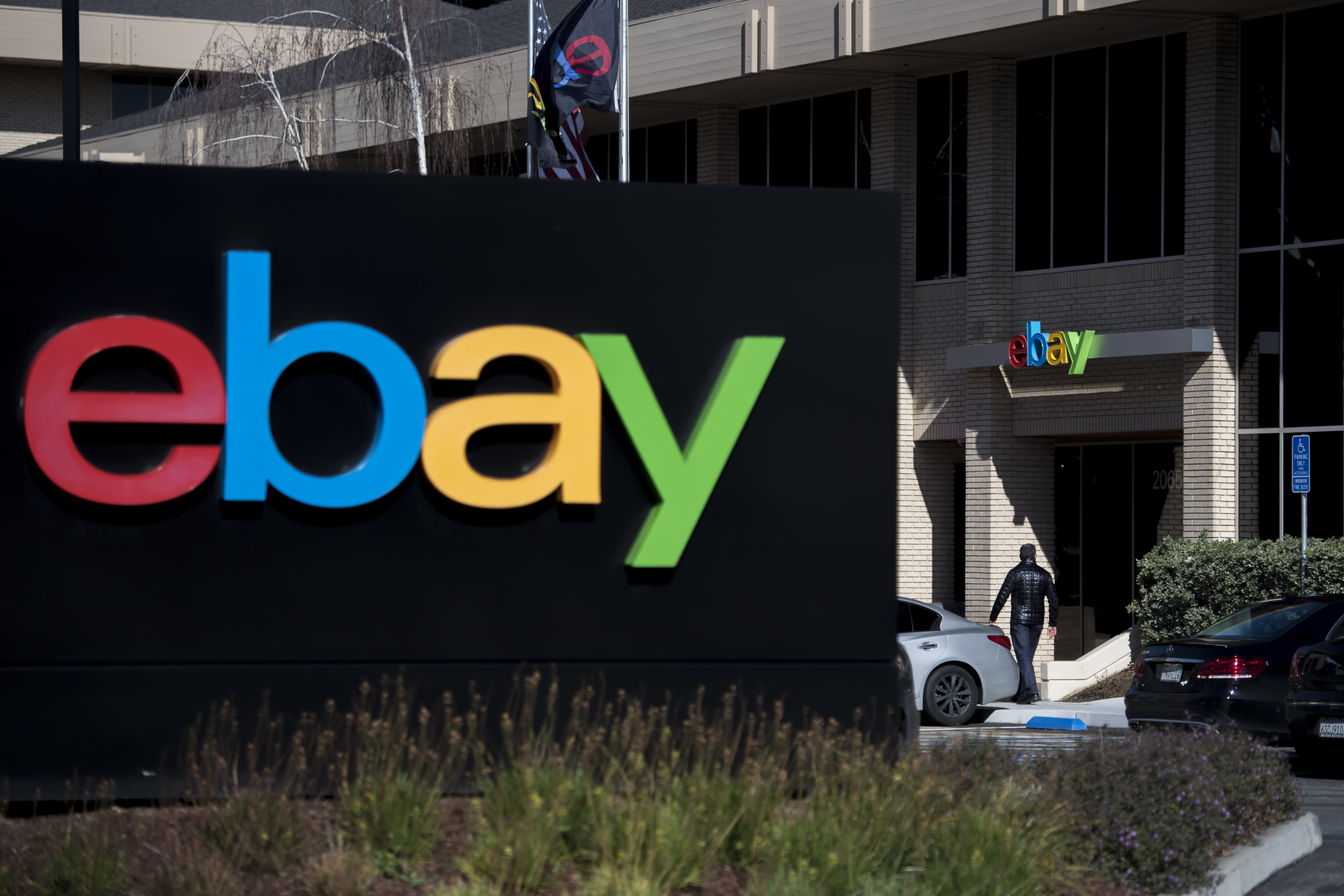 Jamie Iannone, CEO of SamsClub.com & EVP of Membership & Tech, Sam’s Club, Walmart, speaks on “The three things every leader should know” at Center Stage of Web Summit in Altice Arena on November 07, 2019 in Lisbon, Portugal.

Online retailer eBay has tapped a Walmart executive as its new chief executive.

Jamie Iannone, Walmart’s chief operating officer for U.S. e-commerce, will take the top job, eBay said Monday in a news release. He will step into the role on April 27.

Iannone played a key role in Walmart’s digital strategy and was one of the retailer’s rising stars. He was credited for growing the membership and online sales of Sam’s Club, the retailer’s membership-based subsidiary. In late February, he was promoted to lead Walmart’s e-commerce business in the U.S.

With the new role, Iannone is returning to eBay. He spent nearly eight years at the company as a vice president, according to the news release.

Sam’s Club has served as a test ground for Walmart’s digital initiatives. It launched a service called Scan & Go that allows shoppers to skip the line and check out through a smartphone app instead. It has another voice-enabled app, called “Ask Sam,” that helps employees find an item or answer customers’ questions more quickly.

Iannone will succeed Devin Wenig, who left eBay in September. Wenig resigned from his role as eBay faced pressure from two activist investors, Elliott Management and Starboard Value. The hedge funds pushed the company to review its portfolio and consider selling off assets, including its ticket sales service, StubHub, and its classified ads business, to drive up the value of shares.

Wenig explained his departure in a tweet, saying that he “was not on the same page as my new Board.”

About two months after his departure, eBay announced it was selling StubHub to Swiss ticket vendor Viagogo for about $4 billion.

During the company’s search for a new leader, eBay’s Chief Financial Officer Scott Schenkel served as its interim CEO.

Thomas Tierney, chairman of eBay’s board, said in a news release that Iannone was the “ideal CEO to lead eBay’s next chapter of growth and success.”

“We have all been impressed by his strong track record of innovation, execution, operational excellence, and developing teams that drive results,” he said. “Jamie has consistently delivered high growth during rapid periods of industry disruption, consumer change and technological advancement.”

EBay’s stock was up about 1% Monday morning.

NY Gov. Cuomo says the ‘ultimate resolution’ of coronavirus will come with vaccine in 18 months

More than half of U.S. states have statewide mask mandates

WHO applauds Oxford coronavirus vaccine data: ‘It is good news’

These restaurant chains filed for bankruptcy during the pandemic

NY Gov. Cuomo says the 'ultimate resolution' of coronavirus will come with vaccine in 18 months

Nickel shows signs of life as Chinese inventories dry up, and memories of Musk’s intervention linger