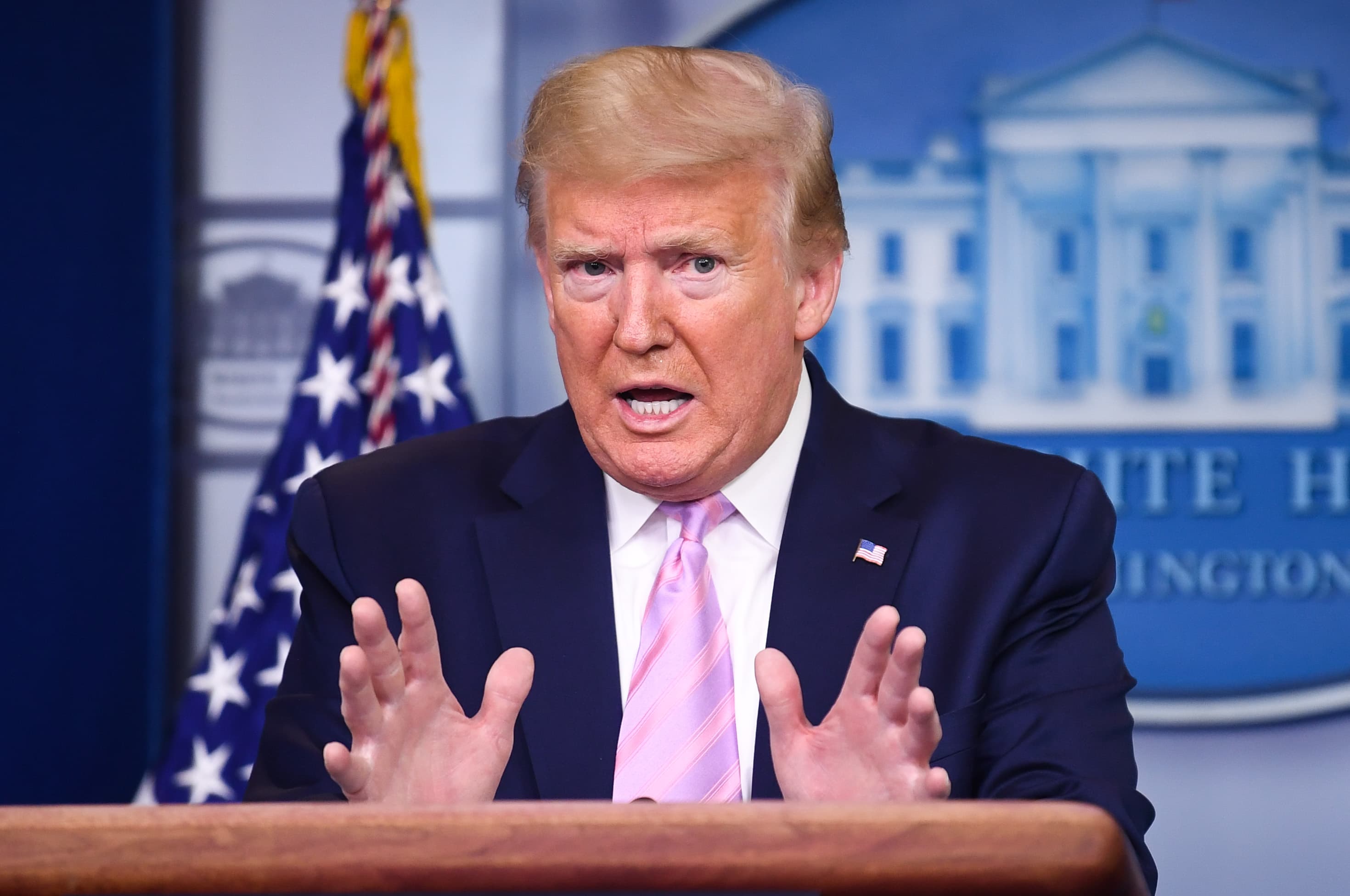 This is CNBC’s live blog covering all the latest news on the coronavirus outbreak. All times below are in Eastern time. This blog will be updated throughout the day as the news breaks.

The data above was compiled by Johns Hopkins University.

U.S. President Donald Trump retweeted a call to fire Dr. Anthony Fauci after the nation’s top expert on infectious diseases said lives could have been saved if the country had shut down sooner during the novel coronavirus outbreak.

Trump retweeted a message Sunday from a former Republican congressional candidate who cited Fauci’s comments during a television interview on Sunday and tweeted “time to #FireFauci.”

The Republican president in the past has repeated critical tweets of officials or enemies rather than make the criticism himself. The retweet fueled speculation Trump was running out of patience with the popular scientist and could conceivably fire him. The White House did not immediately return a request for comment on whether Trump is unhappy with Fauci.

Fauci was asked on CNN’s “State of the Union” about a New York Times report documenting early warnings issued to the White House about the novel coronavirus. The scientist acknowledged shutting the country down sooner could have saved lives, but cautioned that a number of factors were involved.

“Obviously, it would have been nice if we had a better head start, but I don’t think you could say that we are where we are right now because of one factor,” Fauci said. “It’s very complicated.” —Reuters

8:42 am: Pace of reported coronavirus cases

7:01 am: China defends the WHO after Trump, and others, say it is deferring to Beijing

The World Health Organization has come under intense scrutiny for its handling of the coronavirus pandemic with President Donald Trump’s administration, China and Taiwan locked in a tussle of words.

Last week, Trump blamed the WHO for getting “every aspect” of the coronavirus pandemic wrong and threatened to withhold funding from the international organization. He also said on Twitter that the WHO is “China centric” even though the organization is largely funded by the U.S.

The latter comment echoes many of the top critiques of the WHO, such as too readily trusting information reported by China.

Chinese foreign ministry spokesman Zhao Lijian defended the WHO, saying it has been “actively performing its duties and upholding an objective, science-based and impartial position.”—Huileng Tan

Spain has reported 3,477 new coronavirus cases and a daily rise of 517 deaths, bringing the total number of fatalities to 17,489, the country’s health ministry said. The number of daily deaths has fallen; the death toll the previous day was 619.

The total number of confirmed cases in Spain has now reached 169,496 (including deaths and recoveries). Spain has started to lift certain restrictions, reopening some construction sites and factories. —Holly Ellyatt

An Indonesian woman walks past a mural that invite people to fight against the COVID-19 coronavirus in Surabaya, East Java on March 26, 2020.

Indonesia announced 316 new cases, bringing the tally of infections in the country to 4,557. That’s according to data provided by a health ministry official, Achmad Yurianto.

Russia reported 2,558 new infections, a record daily rise that brings the total number of infections to 18,328, the country’s coronavirus response center said. Russia has reported 148 deaths from the virus. It says it has conducted 1.3 million tests. —Holly Ellyatt

Income in the time of corona: hunting for dividends among the wreckage

More than half of U.S. states have statewide mask mandates

WHO applauds Oxford coronavirus vaccine data: ‘It is good news’

These restaurant chains filed for bankruptcy during the pandemic

Investors should brace for a 15%-20% downdraft due to escalating risks, BTIG’s Julian Emanuel warns

India confirms air corridors with US, France and Germany